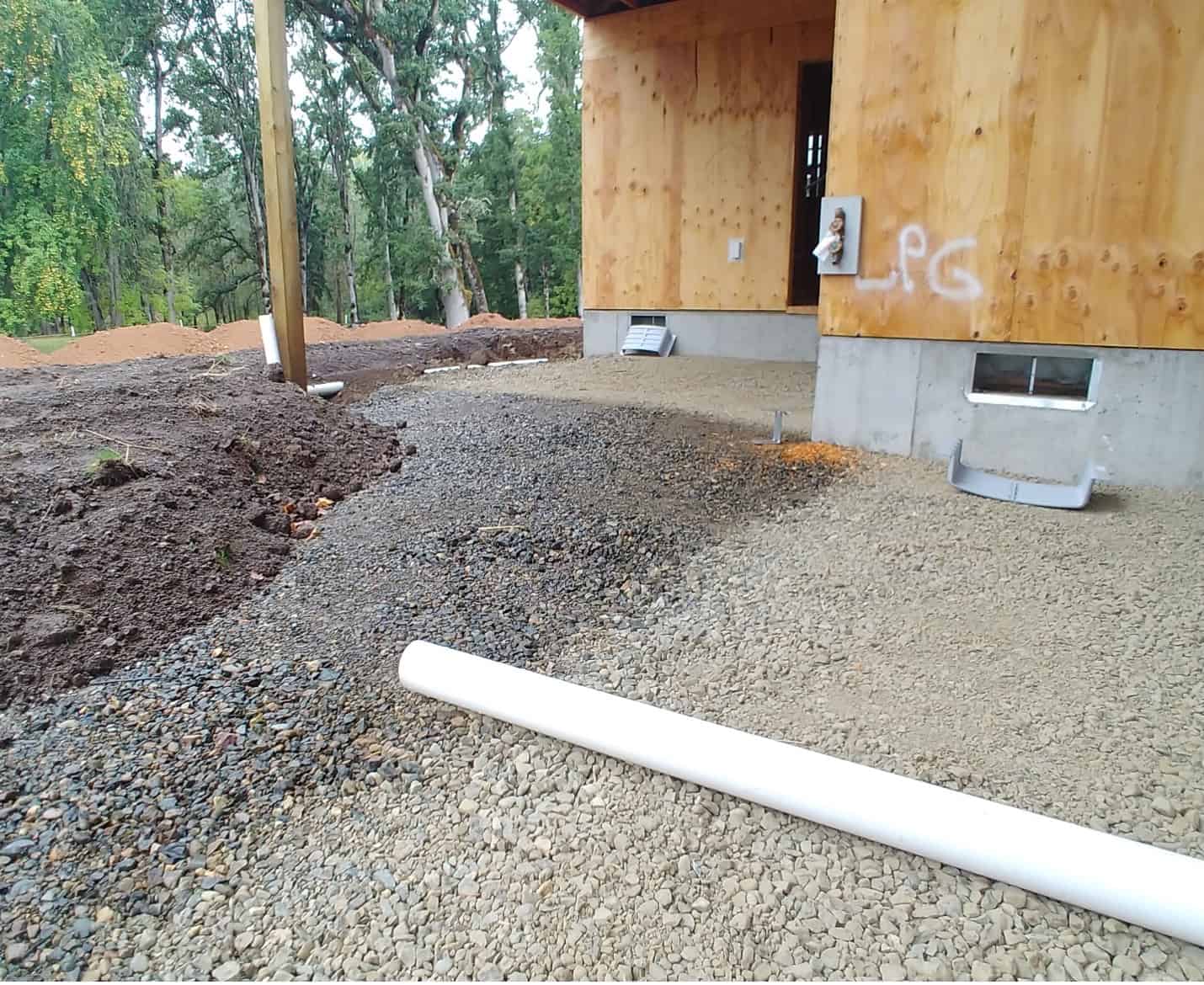 The picture above shows the compacted ¾” minus rock and soil that is imported to contain it in order to build up the back porch area to meet ADA Wheelchair Standards. The far area will eventually support a therapy & exercising spa.

It was decided to skip last week’s update, as there was not a lot to report. The ICC Annual Business Meeting went good. I did much of the typical networking with my son & the guys from Region II, which is inclusive of Montana & Wyoming. Jack Applegate came very close to becoming an at-large, ICC Board-of Directors. He was nominated by his peers, but lost the race due to an unexpected nomination & vote from the floor. I did have an opportunity to speak on Jacks behalf, but it just wasn’t quite enough. We are pushing Jack to hit it hard again next year.

I guess the “cat’s out of the bag” now, thanks in part to Rob Holloway of the Holloway & London’s “Wake Up Call on KPNW, 1120 AM each morning. He coincidently called me the morning after my acceptance speech, and drug it out of me on air from Pittsburgh. So, for those who have not heard, I was awarded the “Raising the Profile Award” by my ICC peers at our Annual Business Meeting in Pittsburgh, and earlier this year, the Oregon Building Official’s Association presented me with the OBOA Community Advocate Award. I certainly never expected anything of this nature, and I am very grateful and humbled to be the recipient of them for my work on the SHB project. I would like to reiterate my thankfulness to my superiors and the City of Cottage Grove for their tremendous level of support! They have allowed me the freedom of tackling, both my building official duties and the SHB project as one large assignment, working on both, as my typical day unfolds, usually starting at 5:30 or 6 AM and going until 6 or 7 at night.  This has been a life changing experience, with many cherished memories. I also want to thank Jayson & his family for finally making the tough decision to call me in search of some help. And, certainly we want to thank all of the wonderful folks and companies that have helped me help this family, as it darn sure would not have been possible without you folks!  I thank you so much.

Wade Stevens and I hauled a couple more loads of rock to the site, in anticipation of Nolan Booher getting back in to build up the exterior porches and garage. The site was a little soft due to the recent rains. Nolan was able to spread the 100 yards of soil last week in order to contain the rock as we compact it. He is also trying to get our water line trench dug, so that we can get it inspected and back-filled. Les Biggerstaff, Superintendent for Meili Construction, who is building the Harrison Street Apartments here in Cottage Grove has a large pile of soil, so we plan on hauling some of it to the SHB site next week when it’s a little drier out.

Emerald Door & Glass has built four exterior, half-lite doors for us and had them delivered on Tuesday and Lee, one of the Owners of Discount Windows & Doors is putting together our interior doors, pocket doors, and a couple of sliding barn doors for us over the next couple weeks. We thank both Lee and Peter Graham of Emerald Door & Glass for their help & support.

I was able to finally get the last of the flashing & caulking materials needed for the siding contractor. I just signed a contract with NW Siding Contractors of Eugene to complete the siding installation. They are slated to begin on Monday, October 11th.

The push is to get the insulation installed so that we can find somebody to install the sheetrock that was donated by the United States Gypsum Company out of Rainier, Oregon. Then, we need to locate some tapers and finishers. The other big push, of course, is to get the site prepared for the concrete porches and garage slab, so that we won’t be tracking mud all over. It might be a good idea to have some wood chips delivered to help keep the job-site somewhat clean from the mud.